TGP27 | Eric De Gaston is not a juggalo

First things first: Eric’s one of the people who made this site happen.

When I found myself seriously thinking about walking away from GBXM to start this thing, I was genuinely worried I’d just make all the same mistakes over again and end up right back where I started—busy as hell, overwhelmed, and running “a business” with no revenue model.

I reached out to some of my most trusted automotive publishing connections for advice. But I also reached out to a couple of the smartest guys I’ve ever met in the automotive scene—because I knew they would challenge me to defend my “new” idea.

Eric is one of those people.

That’s right. On the record:

Eric De Gaston is one of the smartest guys I’ve ever met in the automotive scene.

It’s not that he’s a fountain of mechanical knowledge or a seasoned OG—though he is definitely both of those things. It’s because he puts his money where his mouth is. It’s because he shows his work. And because he backs everything up with data.

Eric’s the guy who explains the math behind why roof top tents are stupid. Just like he does when he calculates fuel economy and ground speed for a fully-loaded Mitsubishi Montero with 4.90 gears and 33-inch tires aired up to 30psi to prove, no, you’re actually getting “good” fuel economy given your reported setup.

Someone will balk at cleaning up ground points on the factory wire harness. Eric shoots a 3-minute video showing how the slow, often terrifying voltmeter in the second generation Montero reports nearly 10% better voltage when you simply break two ground nuts loose on the back of the gauge and re-tighten. “And this is inside the vehicle where it’s clean and dry.”

His own Montero isn’t the most heavily modified. It’s not bespoke with accessories shouting, “Look at me! I’m an overlander!” It’s just a clean, well-cared for Montero—that he knows he could drive to from Barrow to Ushuaia. And back.

You lose if you talk about it.

Anyway, Eric and I got to talking recently. He asked me if I’d ever thought about how talking about our projects impacts the completion of our projects. Wait, what?

Eric told me he finds that, if he tells people what he’s working on, he often finds those things don’t get done nearly as quickly as when he keeps them to himself. People will offer advice, tell him he’s doing it wrong—and then he feels compelled to consider the options and/or defend his decisions.

I found this incredibly interesting, because I am the opposite. I find that telling others kinda holds me accountable to getting things done. People encourage me to get things done, and I know I’ll look like an asshole if I don’t follow through.

There are downsides to both of these approaches, though.

And I think you’ll find it’s an interesting conversation once you’re listening to it.

WHAT WE TALK ABOUT IN THIS EPISODE

PS: If you know someone who might benefit from hearing this message, please do the a favor and share this episode with them. Likes and reviews might help us, but we’re trying to help others. 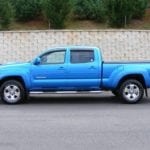 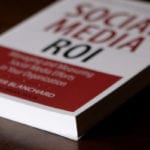