We do ourselves a disservice.

More often than we would probably like. Our brains are hardwired to make sense of the world around us. We’ve evolved to value a sense of identity, with all the labels and social expectations that come with such things.

If you don’t already know David Lovett, and I tell you he lives a mile from his nearest neighbor, deep in the heart of Texas; so far out in the boonies he still has to budget his bandwidth because it takes all night to download a single gigabyte on his “high speed internet” service.

What’s your brain telling you about him?

Maybe he’s a salt of the earth kinda guy like Carter Beckworth from back on episode 6. Living on a ranch handed down through several generations, working on farm equipment, kickin’ tires and puttin’ out fires.

Maybe he’s the good ol’ boy you cruised Main with in high school, like Berry Lowman, coming up next in episode 25, who also lives deep in the heart of Texas, drives a lot of Fords, and road races Corvettes and Malibus—kickin’ tires and lightin’ fires.

You know, people who represent everything that makes the Lone Star State truly great.

But what if I told you David has pet rabbits, speaks Japanese, and has an eclectic collection of small JDM cars, most of which I’m not even familiar enough with to remember even after he told me what they were. There’s a couple Nissan Zs, a Mazda Cosmo, an Isuzu Bellett, and a Mitsubishi 360, to name a few.

And just wait ‘til you hear what he does—and has done—for a living. I mean, damn, son.

If you missed episode 6 with Carter, you should check it out. He’s Texas as they come—but he works on Japanese Komatsus and his daily driver of choice is a RHD Toyota Troopy he imported from the far side of the planet.

And since episode 25 isn’t live as I’m writing this, I’ll just tell you Berry’s one of the guys behind Motorama Live, one of the biggest virtual car events of the last decade, drawing a 7-figure audience on Twitter back in the day.

Our brains might be the biggest relative body size of any animal on the planet, but they sure do like to take the lazy way out. We lean on stereotypes, avoid questioning our “deeply held beliefs”, and go into all kinds of situations with assumptions based on pure, straight BS.

And we do ourselves a disservice every time we do.

I first met David back in the early days of Gearbox Magazine. Back then, most of us still spent most of our online time on forums. He was living in Japan at the time and was restoring a 1967 Mitsubishi 360.

To date, this is the ONLY Mitsubishi 360 I’ve ever seen, and though I’ve tried checking in with David a few times over the years, he tells me he tends to go offline when life gets busy, complicated, or otherwise frustrating.

After a few months of carefully pruning my Facebook feed of sensationalist, political fear mongering and unfollowing random people I don’t recall ever meeting (we can still be “friends”), I started seeing all kinds of people I hadn’t seen in years. David was one of them—and now he was talking about kei cars in Texas.

It took us a couple weeks to get something scheduled, but man. I am SO glad we did.

We talk about cars. We talk about culture. We talk about how he turned a horrible, English teaching job into seat time in cars he can’t mention by name a year or more before anyone else. And he reads me something from a book that might just change your whole world.

David Lovett is a Gearhead Project.

And he’s just started sharing stories and videos about his own projects on Usagi Motors. (Seriously. If you love build threads and project car updates—and want to see some really unique stuff—you really want to check out Usagi Motors.)

WHAT WE TALK ABOUT IN TGP EPISODE 24

Download or stream TGP S01E24 here (or wherever you get your podcasts).

PS: We would really appreciate if you shared this with someone today. Thank you. 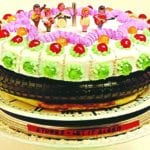 Founder's Soundtrack: You Can't Always Get What You Want

What do YOU think? If perfection is the enemy of done... 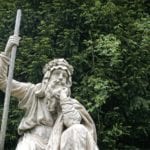