Everyday, we see gearheads like us living the good life.

They have the toys, the trips, the titles. They make it look effortless. It’s like they have perfect lives.

But we don’t see the dedication. The sacrifice. The sweat equity behind those curated images.

Today on TGP, a conversation with my old friend, Kris Marciniak.

Kris had been a gearhead for several years before I met him back in 2004.

He’d bought a WRX and helped start one of the earliest North American, online Subaru Impreza communities while living up in New Hampshire. He’d been ice racing.

And then he discovered stage rally.

And then he bought a base model Dodge Neon with a blown head gasket he knew nothing about fixing because—damnit—he and his girlfriend, Christine, were going rally racing.

Introduced by a mutual friend, Kaiser, on 2GNT.com, Kris and Christine’s second stage rally was my first. I volunteered as service crew for them at the Prescott Rally—and the rest is history.

Within a month of that race, I’d bought a Galant VR4 with a seized engine.

In the 15 years since, I’ve since walked away from both Galant VR4s and stage rally. I’ve volunteered within an inch of my life, up to and beyond the point where I’ve basically been a crazed lunatic out in the middle of Joshua Tree losing my shit. (I hope Kris didn’t get any of that on video.)

It’s been an excellent run, but I’m soundly back in spectator what’s-in-it-for-me mode again.

At the same time, Kris has been on a very interesting journey.

How does one get started in stage rally?

How does one get maximum fun from rally?

How does a guy with a dead car he knows nothing about become one of the highest ranking rally players on the continent?

Grab this episode of The Gearhead Project and find out! 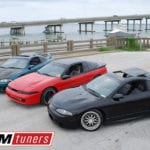 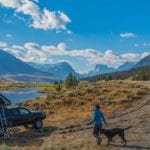