I struggled with writing this intro. What should I say about Chazz Layne?

This guy has inspired me since 2012. When we first met, he was an editor at Overland Journal and Expedition Portal. He also had his own web and graphic design business, The Layne Studio.

I’ve been carrying a Fisher Space Pen Bullet, Streamlight Nano, and Ken Onion Leek pocket knife for nearly six years now because of this guy’s recommendations. His EDC is more or less MY EDC.

To date, Chazz is the ONLY person to ever get me to shut down Gearbox Magazine. It wasn’t his intention, but we’ve generally seen eye-to-eye on things when it comes to content, publishing, success, and work-life parallel, so when he shared what he wanted Adventurist Life to become, I was immediately sold and stepped away from GBXM for a bit.

In this episode of The Gearhead Project, you’ll hear a seasoned adventurist and gearhead like us talk about how he got started, how he’s gotten closer to work-life parallel than most (even me), and why it just makes more sense to make work actually work with—instead of against—life.

The pen is mightier than the sword (but it’s good to carry a sword, too). 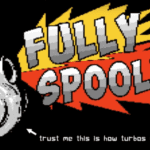 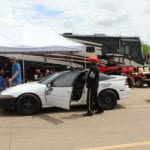