Why is there time and money to do it over, but not to do it right the first time?

We talk about craftsmanship and finding work that really matters—and we discover a couple very simple, very affordable business opportunities for the next level gearheads looking to evolve beyond the mod list.

Do what you should do—not just what you can do.

Way, way back in the day, when we were both DSMTuners Wisemen, Michael had a reputation for being meticulous with your projects. Like, if he had paid any more attention to detail, he might have been clinically diagnosed OCD. I’ve always admired how clean, well-built, and reliable his vehicles have been—and one day he dropped some truly timeless wisdom on me.

INVESTING IN YOUR FUTURE

Over the years, Michael’s demonstrated an ability to knuckle down and make the sacrifices necessary to get what he wants from life. We talk about why he wanted out of his cushy, desk job in financial services, where he wanted to go, and what it took to make it happen.

If you didn’t already know, Michael and his wife sold just everything they had and moved back in with his mom to eliminate debt and save up a downpayment on a house—the kind that lets you afford to take a lower paying job learning how to build six-figure race cars for a living.

We talk about some of the exciting things he did at Precision Chassis Works, maybe some of the less glamorous things that came with the territory, and the skills/lessons he learned along the way.

Somewhere along the way, Michael started Empire Pool Company. We talked about why he would start a company while working so hard to help build another startup.

I’ve hinted at this a few times elsewhere, but few people have picked up on it as clearly as Michael has. There comes a time for every automotive platform where the aftermarket dries up and the only way you’re getting mods—or even critical repair parts—is if you can fabricate them yourself.

A lot of gearheads out there are skilled at building vehicles with shelf parts, but would be up shit creek if those parts weren’t available from a vendor. We discuss the buy vs. build debate at this level, and surface a couple interesting business ideas for next level gearheads. .

Michael took aggressive measures to eliminate debt and set his family up for success. Then he dove deep into his motorsport interests in order to develop serious fabrication skills. And he started his own company on the side to make more money and hedge against a loss of income elsewhere.

Could this be the Next Level Gearhead Trifecta? Listen to the episode and let me know. 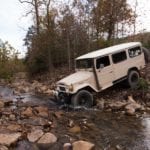 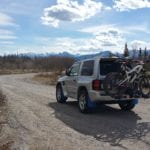