Profile of Import: The Gen2 Pajero

The Second Generation Pajero is a Potent Candidate For North American import.

This SUV was available from early 1991 until partway through 1999. It had many iterations in the Japanese Domestic Market, but in North America we got only one (and only in the US, not in Canada): a four door SUV, with a choice of two V6’s, depending on the year.

So What Exactly Did We Miss Out On? 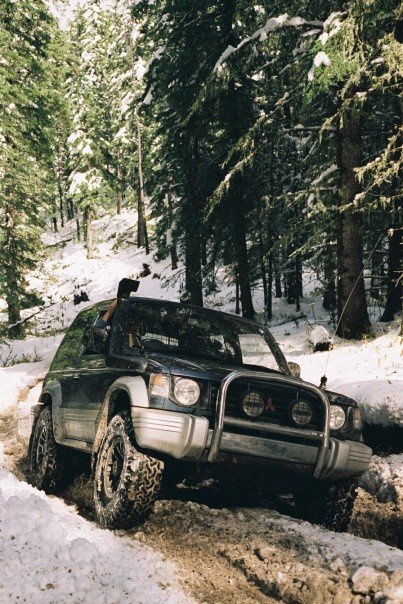 Well, as it turns out? Quite a lot!

Japan was lucky enough to retain a short wheelbase 2 door model – a wonderful 95.2 inch wheelbase buggy, with decent road manners, a sporty feel, and an agility which belied its heavy duty running gear.

Departure and ramp-over were of course improved by virtue of its abbreviated length. You could still fold and tumble the rear seats though in case you needed some actual Utility from your Sporty Vehicle.  Round headlights on the front completed its departure from the 4 door, and gave it an identity all it’s own. If this wasn’t enough, there was a soft-top version of it, called the J-top which came with factory 18 inch wheels in addition to a convertible roof.  The four door sold extremely well throughout the 90’s and is easier to find nowadays, but the two door is a solid example of the grass being greener in the JDM.

Then There Are the Engines.

As mentioned, in North America we got the 3.0L and 3.5L V6 with our Montero. The JDM Pajero wasn’t content to stop there. If petrol was your flavor you could get a thrifty 2.4L 4 cylinder, along with the two V6’s. Diesel engines were also available in Japan, starting with the 2.5L  4D56 turbo diesel, and then in 93 the larger 4M40 2.8 came online. So the Japanese Pajero won the engine battle by a score of 5 to 2. Pretty decisive win. But there’s more… 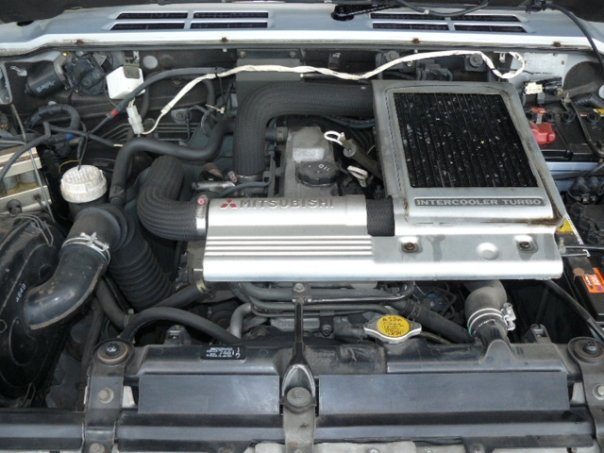 The JDM Pajero got all sorts of bells and whistles we could only dream about. How about height adjustable suspension? Or dual batteries (a cold weather diesel option). Automatic digital climate control was offered, along with power folding mirrors. Heating elements seemed to festoon every nook and cranny, and could be found where the wipers rested, sometimes where your posterior rested (heated seats), heated fuel filters, and separate rear heater, even in the shorty! Headlight washers, bumper bars with giant foglights and intercooler hood ducting added to the distinctive softened box that was the second gen Pajero. 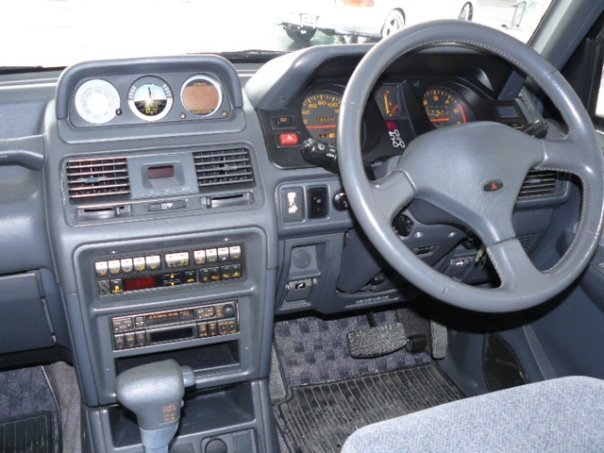 If you can wait until 1997, there was a special limited production Homologation version of the Pajero, built to make the 2 door eligible for the T2 production class of the Dakar Rally, which it dominated in January of 1998 with a 1-2-3 podium domination. Better get in line though. Only 2500 were produced in the three model years of the Pajero Evolution. 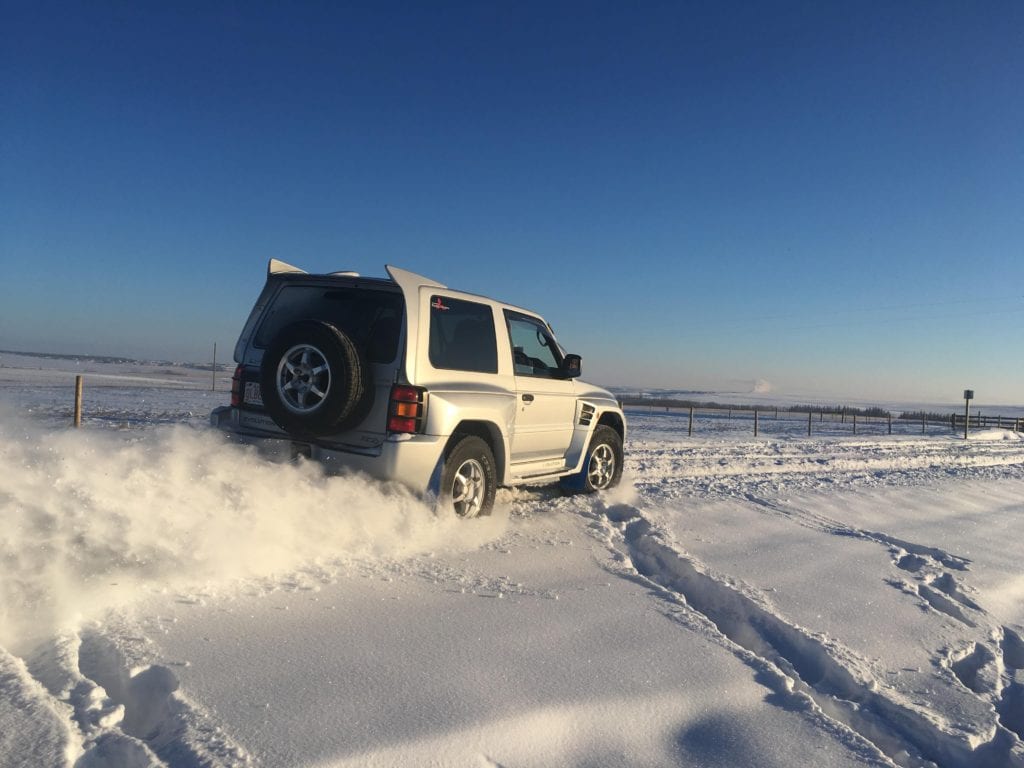 A twenty five year limitation on grey market imports stateside means that the highly sought after 1993 is now legal for import, which gives you the larger V6 or the larger turbo diesel options. Both of these can be had in short or long wheelbase versions, and represent a great reason to make your next rig a Japanese import.

I’ve included a breakdown of models available in the second generation of the Pajero in the Japanese Domestic Market terminating at the 1993 model year, so folks south of the 49th parallel can see what’s available for them to legally import now, or in the next year or so (remember that you are restricted to year and month of production). 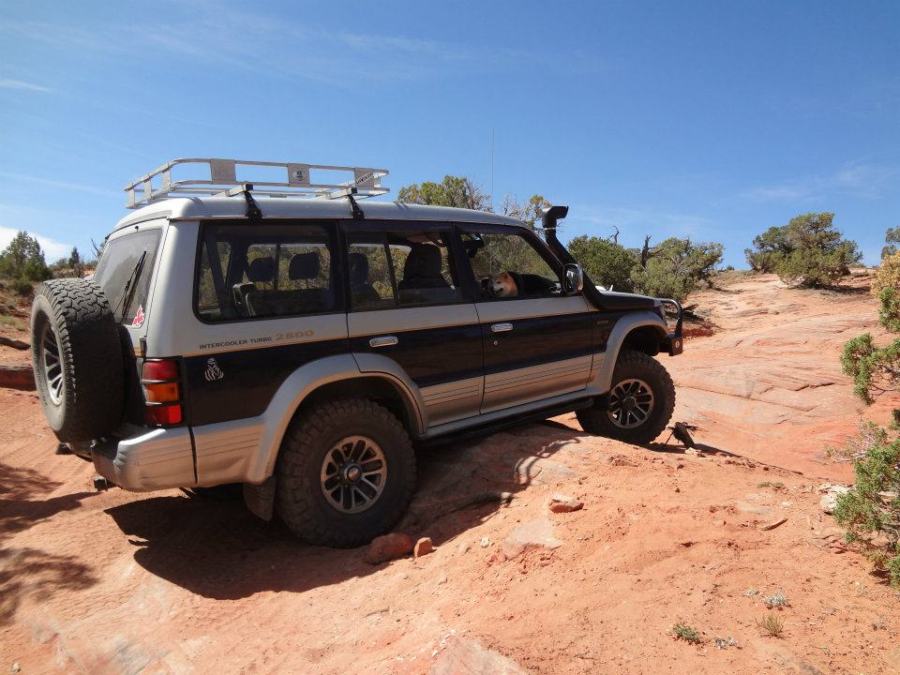 I’ve elected not to include prices since there are so many variables, depending on where you live, and the status of the Japanese Yen versus your local currency. There are also differing fees depending on how you do your importing. The average prices can usually be provided by your importer when you are ready to start searching, and can be reverse calculated to arrive at an approximate landed cost. 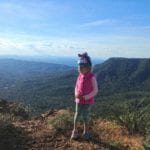