Truly, one of the finest, most upstanding people I’ve ever met.

You made up a job for me when I needed one. And man, what a job that was, right? A little through-hole soldering, a dash of SMT work. A week or two working on a Galant VR4—often with a horse.

And now, I see that random guy we helped fix his old Galant Wagon a few years back has the same job. He’s clearly much, much better at it than I was. It fills my heart with incredible joy to not only hear him share stories of progress at the shop—but to be able to tell him, “If Keith tells you he’ll do something, you bet the farm on him doing it.” because you will.

Your goodness has got you stepped on far more often than you deserve, brother. You’ve been cheated, strung along, and left holding the bag. And yet you’re never more than a moment away from being a teenager grinning ear-to-ear at the possibilities presented by a set of wheels, a tank of fuel, and a stretch of dirt road.

You’d probably be surprised how often you pop into my mind right before I decide not to do or say something incredibly stupid. Not so much because I’m worried about doing something stupid, but because I think, “Doing that would let Keith down.”

But I feel like that’s probably the one of the best compliments I could give someone.

And you’re the only one I can think of on that list right now. 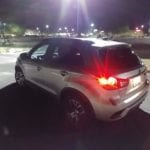 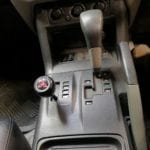