Back to the Futurist

Playing with cars changed my life.

I learned how to maintain, modify, and repair my vehicles. At first, it was all about saving money. Necessity is the mother of invention after all. If you can’t afford to pay for repairs, you better learn how to do it yourself.

But it’s more than just “playing with cars.”

I learned how to slow down, think through problems, and troubleshoot. I came to understand the various mechanical systems that make cars work; the inputs, outputs, and dependencies.

Along the way, I also picked quite a bit of performance theory—and not just how to add up the single-digit horsepower gains of the most expensive, name brand bolt-ons I could find in the back pages of Super Street.

I haven’t done any head mods to influence mixture swirl and flame front efficiency in the combustion chamber. I haven’t run tuned length intake and exhaust plumbing with fancy merge collectors to optimize Hemholtz resonance. Hell. I haven’t even indexed my spark plugs.

But I’ve learned enough about how cars and engines and all that work over the years to understand the high level theories involved—and that’s really cool. So yeah. Playing with cars changed my life.

Before I had my own magazine, before work-life parallel was anything more than a tenuous explanation for my seemingly haphazard resume, there were friends.

And there were friends who became family.

Gearbox Magazine (GBXM) was borne out of a desire to show the world this wonderful new world I’d discovered on the internet. At the turn of the century, the internet was filled with countless automotive discussion forums, each a lens into tech and culture.

I started GBXM to give back. To call attention to gearheads like us who showed up, built those communities, and paid our dues forward.

I didn’t want to let anyone down.

Over the last nine years, though, I have.

I’m a big ideas kinda guy. And I’ve struggled to make most of my big ideas happen.

You can’t be all things to all people.

I’ll be damned if I haven’t spent a lot of the last decade struggling to walk the line between being all things to all people and being everything to some.

I’ve had big visionary plans, and always find myself trying to avoid painting myself into corners. I’ve done a little bit of everything, scattered all over the place—to the point where my biggest supporters have started asking me, “What the hell are you trying to do?”

My hedge against failure has proven a thousand cuts bleeding go-nowhere mediocrity.

It’s time to get back to playing cars with friends.

Better than that. It’s time to help the friends who’ve proven themselves family spend more time playing with cars, blur the lines between work and play, and put the sum of my skills, network, and ideas to work helping them get as much as possible out of their lives.

The Gearhead Project is a build thread—for gearheads.

The launch of this site represents a clean slate approach. It’s the start of the next chapter. It’s me starting another magazine—that’s more community-slash-newsletter than magazine—with an eye on the future.

The future will reward clarity—but it will punish certainty.

Playing with cars changed our lives. 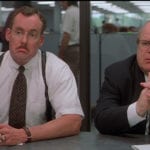 Fast, Right, Cheap — Which two do THEY pick? 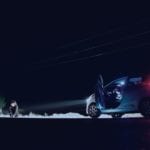